Former Senior 'A' team which joined the Inter-City Lacrosse League in 1937. The team played in the Western Lacrosse Association until 1993 when the team was transferred to Surrey. Two years later the Surrey Burrards moved to their current home in Maple Ridge.

During the team's existence in Vancouver, it underwent numerous name changes to reflect sponsorship and merging with other teams.

In the early days, the Vancouver Forum on the PNE grounds was used as the home arena until Kerrisdale Arena was built on the west side of the city in 1949. In May 1990, the Burrards left Kerrisdale Arena and moved to the PNE Agridome, playing there until departing for Surrey four seasons later. 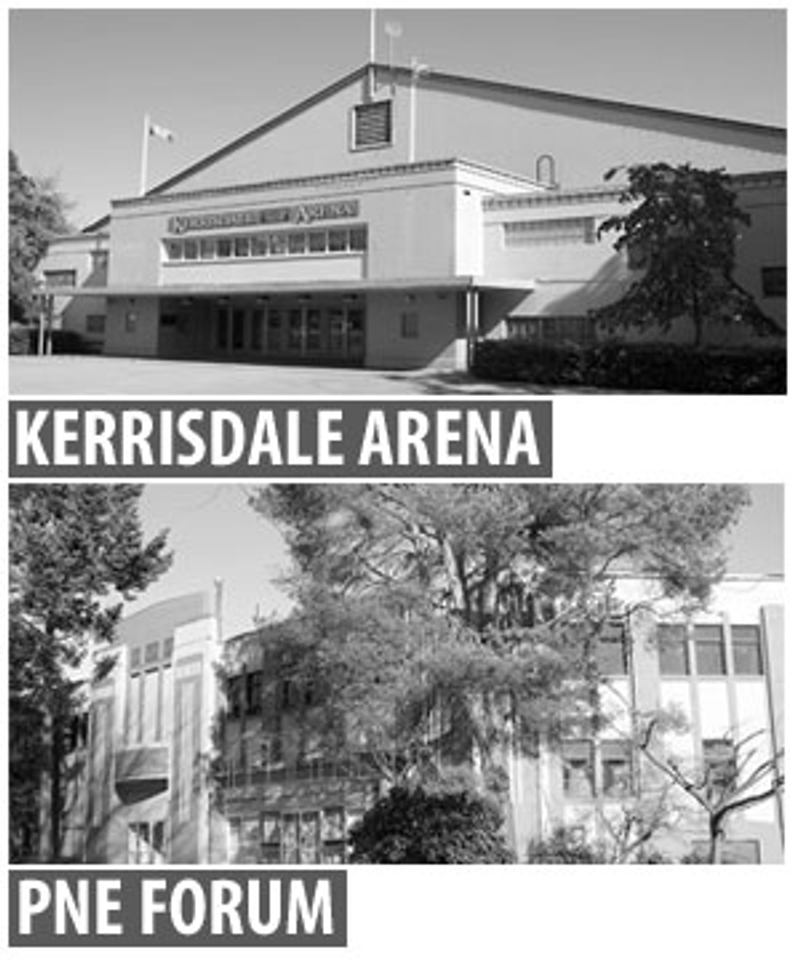 The Burrard Olympics were founded in 1937 by Les Dickinson, Bill Calder, and Ed Bayley of the Burrard Liberal Association – however the team almost never got out of the starting gate due to a player signing dispute between the Richmond Farmers, Vancouver Home Gas and the newly formed Burrards. Three days before their Inter-City Lacrosse League season opener on May 1, 1937, a solution was found which saw the Richmond Farmers and Vancouver Home Gas teams merged into one combined squad.

The Burrard Olympics finished their inaugural season in last place and were renamed the Vancouver Burrards the following season, although in those early days the nickname Burrard Bombers or Blue Bombers was often heard and seen in the press. The Burrards improved to finish in third-place in the 5-team league with a winning record but then fell to the New Westminster Salmonbellies 15-11 and 12-10 in the first round of playoffs.

1939 saw the Burrards took first place during the regular season by 2 points but then lose again in the first-round of playoffs, this time 20-4 in game seven to the New Westminster Adanacs.

Vancouver Burrards won the Inter-City Lacrosse League regular season for the second year in a row in 1940. This time for the post-season, they secured a bye to the league finals and then swept the New Westminster Adanacs in four games. The Burrards then brushed aside the Rossland Red Men in two games to win the Kilmarnock Cup, symbolic of the senior champion of British Columbia. Vancouver then travelled eastwards to meet the Cornwall Braves in the Dominion semi-finals, easily handling their opposition in 2 lopsided games. Making their first Mann Cup appearance, the Burrards won the opening game 14-9 versus the St. Catharines Athletics before losing the next three games 15-5, 17-10, and 18-5. 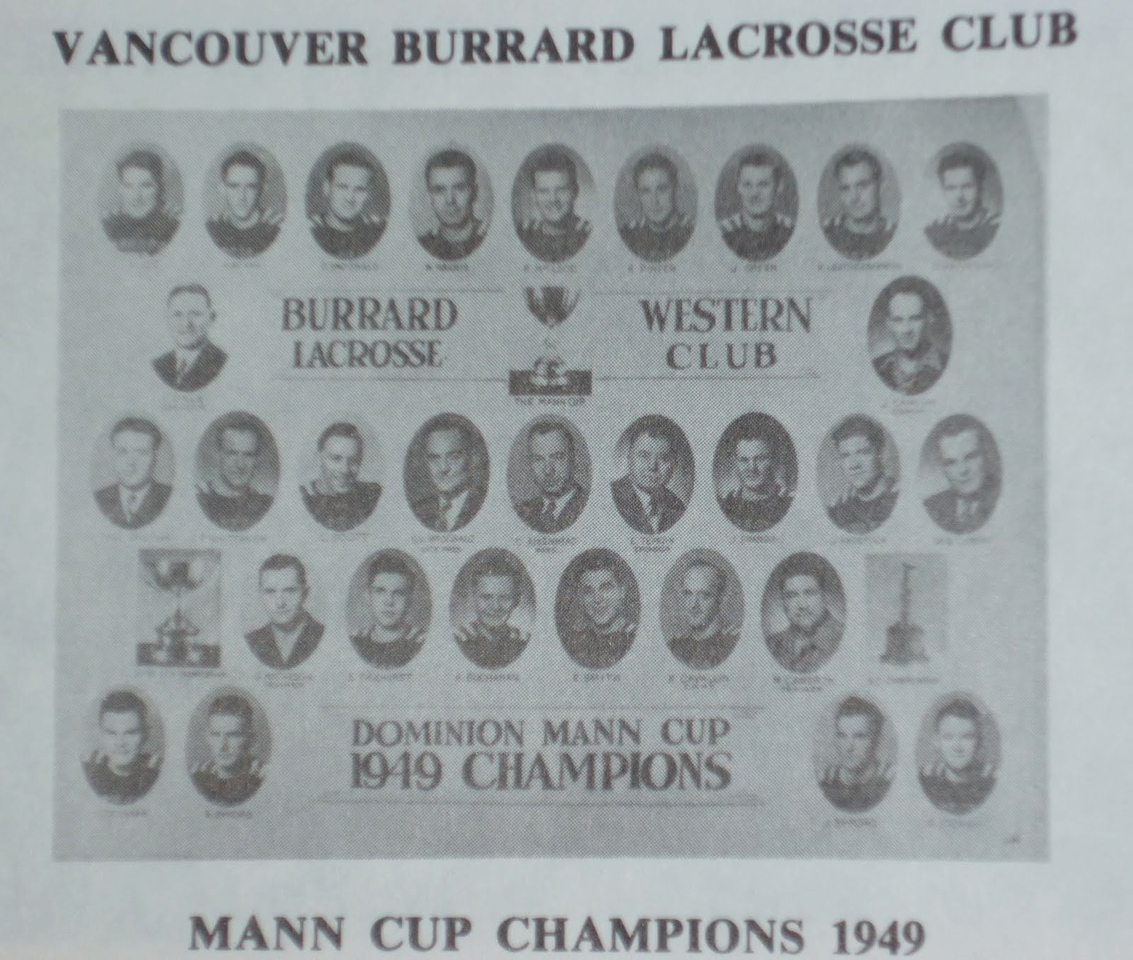 The following players have had their jersey numbers retired by the WLA Burrards club. The Senior B and Senior C Burrards also pay respect to these numbers and avoid using them as well. 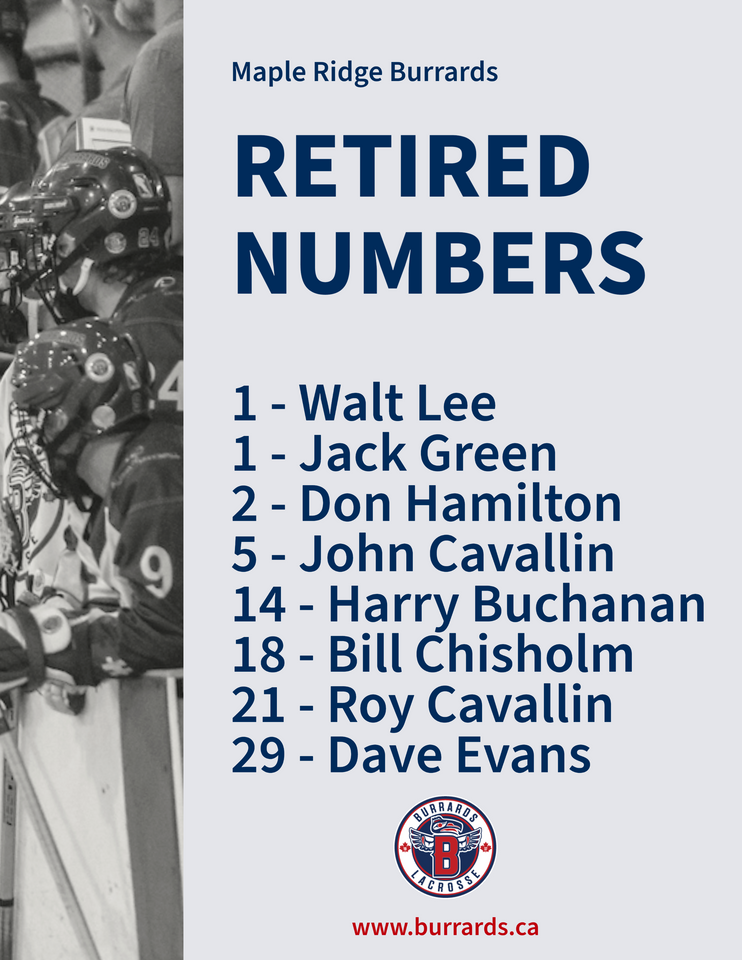